The phrase ‘alternative facts’ is a recent addition to our vocabulary.  It has come to prominence in a political climate in which views and actions are shaped more by emotions than by reliable intelligence.  Reflecting this shift, Oxford Dictionaries declared ‘post-truth’ to be Word of the Year 2016.  And yet, alternative facts are as old as language itself.

The works in this exhibition range from a sixteenth-century woodcut to twenty-first century ceramics.   They make statements about religion and war, consumer culture and the media, humanitarian crises and the economy.  They contain references to historical figures such as Princess Diana and Nelson Mandela as well as fictional characters such as Mickey Mouse and Moby-Dick. 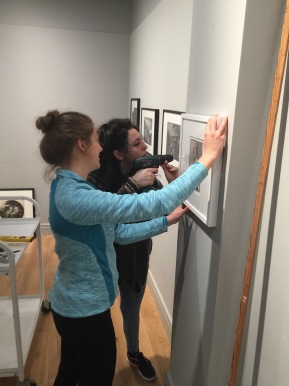 Using a current catchphrase as its premise, Alternative Facts explores the varied and conflicting functions of material culture: as representations of reality, as social commentary and as propaganda.  Political caricatures by James Gillray and Honoré Daumier are exhibited alongside documentarian images by photojournalist Erich Lessing.  Autobiographical and self-reflexive sculptures by Claire Curneen and Verity Newman are confronted with the hoax of a sea monster made in Japan.  Collectively, these objects raise questions about faith and falsehood, truth-telling and myth-making, authenticity, authority, and freedom of expression. 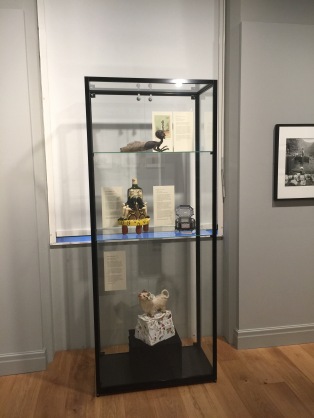 Alternative Facts also invites a closer look at the role of curators as trusted interpreters and reliable storytellers.  Our readings are not intended to be the last word. The gallery is a forum for discussion.

Works from the School of Art collection featured in the Alternative Facts exhibition (with links to our database where possible):

Another Way of Telling, Coedely Colliery (1986)

Here There; Beyond the Seas; Old Crawlers; Terra Australis

[After working in the field]